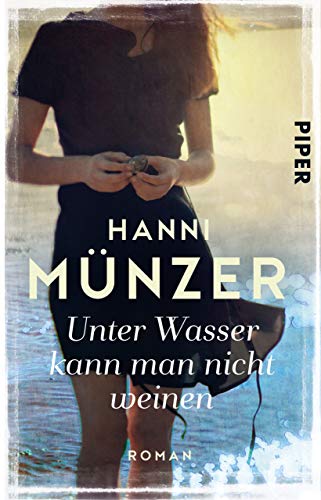 
The form "It is to [inf. Faldone: Thanks for your answer. I still think it's weird that searches for various combinations of "it is to verb," "it is to infinitive," "Jewish", Yiddish", and "borrowing" bring up nothing. I'm embarrassed that my first reaction was that it sounded like something a lolcat would say, but a little less embarrassed given that my Jewish mother didn't recognize it either! I'm not sure of the phrase's provenance, but a quick search reveals scattered citations throughout the 20th century.

It is to laugh: a book of games and stunts By Edna Geister with a reported publication date of And Daffy Duck apparently delivered the line "Ho ho, very funny; Ha ha, it is to laugh. I have the impression that it's a reference to some specific older work, and the phrase has always struck me as Victorian, but I haven't any idea why. Anyone else have some clue here? By the way, how old is the "It is to weep" construction?

Not very, is my guess. It means something like "It's enough to make one weep". As for "cleverer", etc. And could be combined with the periphrastic forms, as in the notorious "most unkindest cut of all"? But there's also a counter-tendency in colloquial English to develop, or revive, inflectional variants. I might be wrong. The standard German constructionis Es geht zu [inf. But even that's not too common by Google.

I only get five hits for "es geht zu lachen". And it might not be all that standard German.

The rule of thumb I was taught by a non-native speaker, who I presume had in turn been taught it rather than derived it from observation, is that one- and two-syllable adjectives generally inflect and longer ones generally take periphrastic constructions. But these are only tendencies. I was about to mention "it is to laugh," which I remember from long ago. Maybe I heard it in a cartoon, as Spectre-7 said. I think I saw a few in I didn't realize that having a doctorate was all that was needed to remove words from the lexicon, to make them not be "words.


Hubbard [Ellery Jackson Hubbard] It is to laugh. Trust the great American people for that. We'll make those little Western editors sit up. They've been swearing by Knox, like a little tin god. Roars of laughter for them. Is it possible that dislike of this particular inflectional comparative is caused in part by the fact that it invades a semantic space that was already claimed? I believe native speakers employ a variety of tacit "rules" when choosing between the inflected or periphrastic version.

This is why the matter is so hard to pin down. Most of these "rules" are probably aesthetic, involving sound and association rather than anything logical. Eg, Ellen K asks how "serious" is an inflected form. Well, it's not, at least not in English.

But -ous is a common suffix and even a quasi-suffix contagion, contagious , such that "serious" sounds as if it's been inflected, and that seems to be what matters in this instance, rather than the actual derivation. I am likewise jarred when my students produce "funner," but I'll be damned if I'll take them to task for it.

You are confused. The German construction is "es ist zum [verb]". So "it is to weep" exactly parallels "es ist zum Weinen". So, Miz Doctor also presumably denies the wordship of 'whiter', 'brighter', and 'tighter' on the basis that 'white', 'bright' and 'tight' aren't verbs? In fact, doesn't this reasoning apply to all non-verb inflections in English, including noun plurals?

Or is the argument based on the fact that 'whiten', 'brighten' and 'tighten' are verbs, and 'cleven' isn't or, at least, if it is, it has to do with cutting and not cleverness? Surely some inflectional forms aren't attested in serious writing. What about 'intelligenter'? Doesn't appear in the OED, turns up a lot of German pages on google it is a word in German, it seems , a quick eyeball through the first few pages only seems to yield 'More Intelligenter', which looks like a joke to me.

I only said that when people object to inflectional variants, they are, in my experience, off-base. There are tons and tons of inflectional forms that are virtually never attested in serious writing and are generally rejected by native speakers; I never claimed that these were fine.

Or is it more that inflectional forms produced by native standard English speakers when they are being serious are just unlikely to produce seriously idiosyncratic inflectional forms, so if you object to an actual usage case, you're likely to be wrong? I disagree entirely.


I am perfectly content with fun as an adjective, but require as do, I think, most native speakers I associate with the periphrastic comparative and superlative forms. Scots dialects use both the periphrastic and the inflection together, as in: more calmer , more sorer , etc.

I hear that combination fairly regularly. Assume for a second that the word "cleverer" had never been uttered before or used in writing etc. And then someone X used "cleverer" in a sentence to this Fox guy, who then proceeds to claim it isn't a word. In such a situation, isn't the Fox guy engaging in a futile argument, since hasn't "cleverer" become a word by the very fact that X has used the word?

Is the above trivially true, or am I engaging in sophistry in trying to work out when something "becomes" a word? For me, as for many an oldster, "fun" is a non-count noun, but like nouns in general can be used to modify a following noun:. In my much hipper childrens' speech, none of these restrictions apply, and they use "fun" as a perfectly ordinary adjective,complete with "funner" and "funnest. For me North American, born , "fun" is a bona fide adjective, so I have no problem whatsoever with "It's very fun" or "It's so fun" or "It's as fun as a barrel of monkeys", but I don't have "funner" and "funnest".

Still, I probably wouldn't use it myself. To each his own. November 26, am. When Barry Commoner ran for president in , he ran a radio commercial that began with the word "bullshit. Herb Caen in his column wondered "The commoner the better? I believe you have hit on the basic orientation that currently goes under the names "usage-based model" and "construction grammar" in descriptive linguistics, and is strongly related to connectionist language modeling.

Since Bybee is handy:. New forms can be produced by reference to existing forms, but most multimorphemic words are stored whole in the lexicon. From your treatment of serious , you seem to grok this idea. Though I would quibble with your calling it "aesthetic", since it's actually a major theory of linguistic structure and, I believe, basically the right one. The usage-based model would also say that "the actual derivation" is something linguists do after the fact.

Plenty of child language research has shown a lag between the mastery of such inflectional morphemes with individual roots, and the ability to extend them productively. Concerning serious in particular, it should also be noted that it has three syllables, which is often too many for the suffix.

woodweddingsigns.com/171-magasin-hydroxychloroquine-400mg.php Your point would seem to be stronger for viciouser, noxiouser which I find just as terrible. On that last point: in my dialect, vicious and noxious clearly have two syllables, although it seems that for others they have three, or are in-between. I don't think I had ever noticed it before in English, though. To me 'funner' is non-standard, but not actually wrong. However, I don't see that thinking so denies 'fun' its adjectivehood.

On a related note, I had never come across 'a hell of a funny. Any other sightings of that? Like slobone, I have always taken the "It is to weep" construction as an imitation of French. I'm fairly sure I've seen early examples where this was made explicit e. November 26, pm. Here are my three attempts: 1. As you can see, I had problems knowing which 'worth' to use and whether to make is reflexive as in 'es lohnt sich nicht'.

It doesn't make sense to have it reflexive to me because you have the direct object 'tears' but I have never heard it used without 'sich' so I wasn't sure. The next problem was saying, 'the one who is' I can't decide on how to say it in the best way. Finally, 'making someone do something', as you can see i have come up with three ways, and don't know if they are right, or which is the better one.